Join us on Friday, November 23rd

YOU WON’T WANT TO MISS THIS!!! 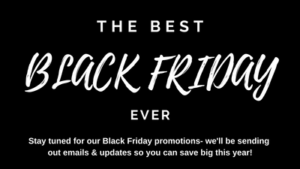 Saturday, November 3rd Coyote Creek Golf Club will be having our annual 3 Player Scramble with our 8″ CUPS.

The greens will be FAST and the cups placed in very challenging locations, but at least they will be twice as BIG!

We will tee off at 10 AM with a shotgun style start. Men will play from the BLUE Tees and Ladies from the GOLD.

Cost is $25 for Pass holders, and $65 for Non-Pass holders. Price includes your green fees, cart fees, skins and the prize fund.

*Teams will be flighted after scores are posted.*

Now that I have lived close to a lifetime, I can truly appreciate that quote. I’ve learned that you don’t have to play it your entire life to benefit from the game. I have seen many examples of folks learning golf at an early age, dropping the game entirely at various stages of their life and coming back to it when time allowed. It is worth noting that those folks had a distinct advantage, even if they hadn’t played it in 40 years, over those who were just taking it up for the first time. Maybe that is why, despite what you may have heard, interest in Junior Golf is steadily growing, up 7% in the U.S. since 2011.

But what is so great about this game of a lifetime for your kids? Hmmmm, let’s see…

All these points are powerfully communicated in the words of Dr. Gordon Fosdick of Middleton, CT whose story appeared in the Feb. 2014 Golf Digest. His wife passed away of a rare liver disease at a very early age, leaving him with two grade school fraternal twins to raise alone:

“We were all there at her bedside when she passed. The doctors had told us it would only be a matter of hours… we were all teary, but I was grateful neither child completely lost it.

I never realized how much work my wife did. Laundry never ends. Children don’t pick up after themselves or remember the things they need. After dropping them off at school, I was usually scrambling to be “not that late” for my first patient… life became as hard as I’ve ever known. I tried not to let my children see me break down.

Christopher always had a talent for golf, but after his mother’s death he immersed himself in the game. The year she died, a nine hole executive course with a range opened almost within sight of our house…

Logistically it’s a huge relief having a safe place Christopher can be for hours. I’m proud of all his competitive success, but what really gives me peace is the second family my son has found in golf. He’s become the little mayor of the course. All the employees, fine men in their 20s and 30s, are among his best friends. He watches golf in the lounge and talks equipment anyone who comes in. In other sports you’re either on or you’re off, but with golf it’s OK to just hang around.

… Without golf I’m not sure what would’ve happened to Christopher. He would have had a lot of time on his hands to go down a wrong path. When he plays golf, he feels his mother’s presence in his heart and uses it as motivation. We’ve spoken a little about this. When I pick him up from the course, it’s not unusual for a stranger to approach my car window and tell me what a great kid I’ve got. If I were picking him up someplace else, I’m not so sure this would happen.

There are a million things you can buy to help your kids learn and grow, but only a few make a real impact.